Skip to content
January 21, 2020 Kartik Leave a comment
If you are a fan of Amitabh Bachchan, then there is a very curious news for you. Because Amitabh Bachchan is  coming in a new movie, called Jhund is also different. Yes, there is no genre in it, which Amitabh Bachchan already uses. This movie will neither be historical nor action, it will be a sports drama film. Sairat movie director Nagraj Manjule is directing the film Jhund. 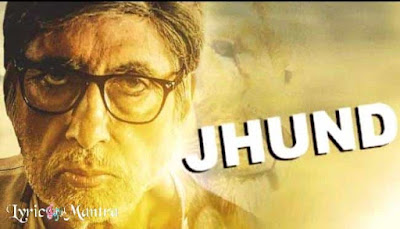 Actually in this film, Amitabh Bachchan will be seen as a professor, a professor who sees the children of his street neighborhood playing football and they think that together they wish to form a team. Onward, they prepare a football team with all the children together. It is being told that the film Jhund is based on a true incident of Vijay Barse, in which he created an institution named Slum Soccer. In the organization, he used to recruit street boys and used to train those children to make a good player. On seeing this, that person had prepared a good team from the children.

Anyway, we all accept the acting of Big B, whether it is court room drama, action movie or family drama. But in the film Jhund, it will be worth seeing how Amitabh Bachchan plays his role. Amitabh Bachchan’s dialogue in films is amazing, but this will be the first time that he will be seen as a coach in a sports genre movie.

However, we have seen Big B’s role as a teacher in Black film, in which he becomes Rani Mukherjee’s guru. But the film Jhund will be a sports drama and it will be worth watching how they coach the whole team and what new style looks like. Anyway, Amitabh Bachchan’s presence in the movie makes this film grand.

The audience who are eagerly waiting for this film, let them know that this film is releasing in the cinema houses on 8 May, 2020.